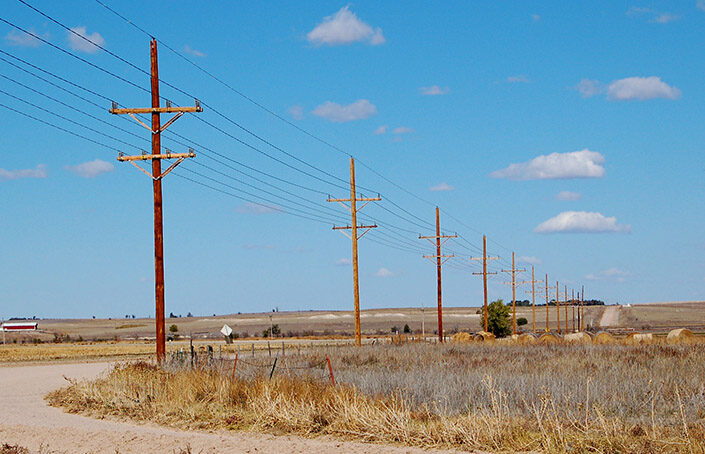 5 Years Later, Rural Electric Co-Ops Are Still Stuck in the Past

Rural cooperatives deliver electricity to some forty-two million Americans. These cooperatives were launched by the government during the New Deal to bring electricity to rural areas, where it wasn’t profitable for private companies. But, as was the case at the time of our previous investigation into these cooperatives1, their elected leadership woefully fails to reflect the membership.

The states of the South are more racially diverse than America as a whole. Taken together, according to the latest figures from the Census Bureau, their population is just 56% white. Meanwhile, whites make up 93.1% of the boards of these states’ electricity co-ops. While fully 20% of the South’s residents are Black, only 6.3% of board members are. The discrepancy is even worse for Hispanics. At 19% of the South, they make up no more than 0.5% of boards. Our investigation, in fact, found that Texas was the only state with any Hispanic representation at all. In 2016, 6 of 3051 identified board members throughout the entire South were Hispanic; that number went up by just 7 in the intervening years– 12 out of 3127. Arkansas was a notable backslider, going from a whopping 2 Black board members in 2016 to 0 as of 2021.

No state’s co-ops broke the 20% mark for the portion of women on boards. Virginia was highest, with women taking 18.6% of board seats. Louisiana came out worst on this count–only 8.7% of its board members are women. These figures reflect “progress” since our 2016 study–every Southern state inched forward slightly–but it is progress at a positively glacial pace. It’s a rate of change that would take until the year 2106 for gender parity to be achieved.

The percentage of women on boards in Alabama went up from 10.9% to 15.1% (from 27 to 41), while the percentage of Black members increased from 4.5% to 9.4% (from 7 to 15). This, in a state whose population is 51.7% female and 26.8% African-American. Several co-ops serve areas with even higher levels of racial diversity, but that is not reflected in their leadership. For instance, Pioneer took down its pictures after we spotlighted them in our last report. It serves counties (Butler, Dallas, Lowndes, Wilcox, Autauga, Conecuh, Crenshaw, Covington, and Monroe) that together have a 38% Black population, but as of our last report only 1 of 9 board members were Black. Black Warrior has begun publicly displaying its Board members, which they had not done in 2016. The co-op serves counties (Tuscaloosa, Greene, Hale, Dallas, Sumter, Choctaw, Washington, Clarke, Wilcox, Perry, and Marengo) whose population is 42% Black. Yet just 2 out of 9 Black Warrior board members are Black. There is only 1 woman on Black Warrior’s board. 14 of the 22 Alabama co-operatives we surveyed made their elected board’s identities available to the public. Like Pioneer, PowerSouth also stopped displaying its board members after our previous report. PowerSouth’s decision to do so is notable given that its CEO, Gary Smith, writes a highly partisan column in each member newsletter that prominently features his face.

Arkansas’s boards became less transparent since our last study, with only 9 rather than 11 of the 17 making their boards’ identities plain. There were two more women on boards across the state–16 total out of the 136 we identified despite Arkansas being 50.9% female. Additionally, there were no Black board members in any of the co-ops with publicly available information. In our previous study there were 2. South Central Arkansas Electric cooperative went from having one Black member to none. This makes Arkansas’s co-op boards the only set in the South that are 100% white. By contrast, the state’s population as a whole is 15.7% Black and 7.8% Hispanic.

All the cooperatives we surveyed in Florida have publicly available information about their boards’ identities. The addition of 6 more women to Florida’s boards brought their share of representation up from 11.4% to 15.7% in a state where women make up 51.1% of the population. However, there was no change in the number of Black directors or trustees (3), and the single Hispanic board member was no longer serving, making Florida’s boards 98% white. Although Suwannee Valley Electric Cooperative serves an area with a Black population of approximately 20%, its board is entirely white. 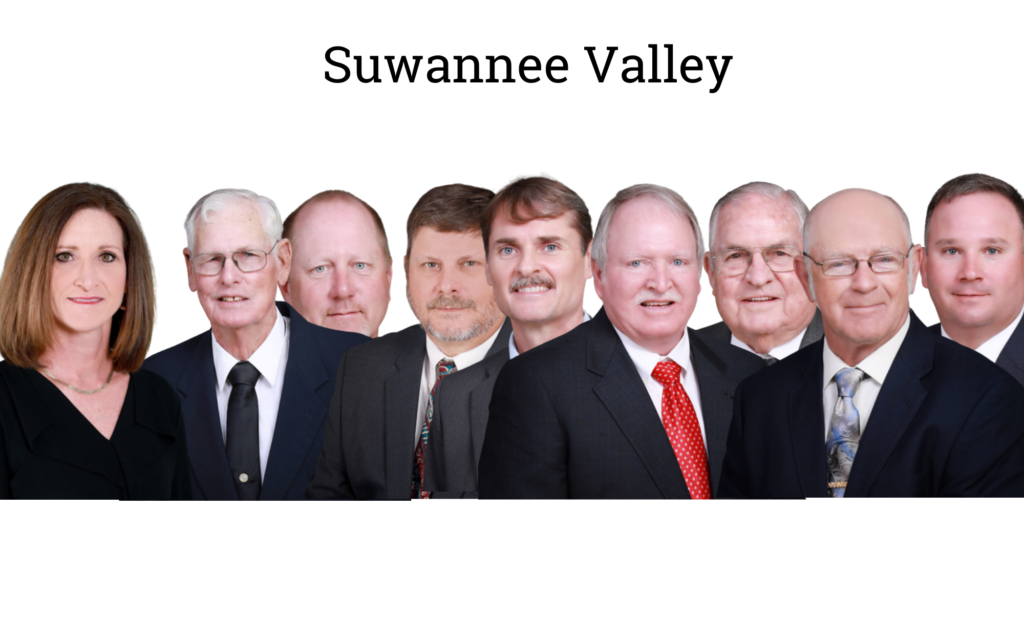 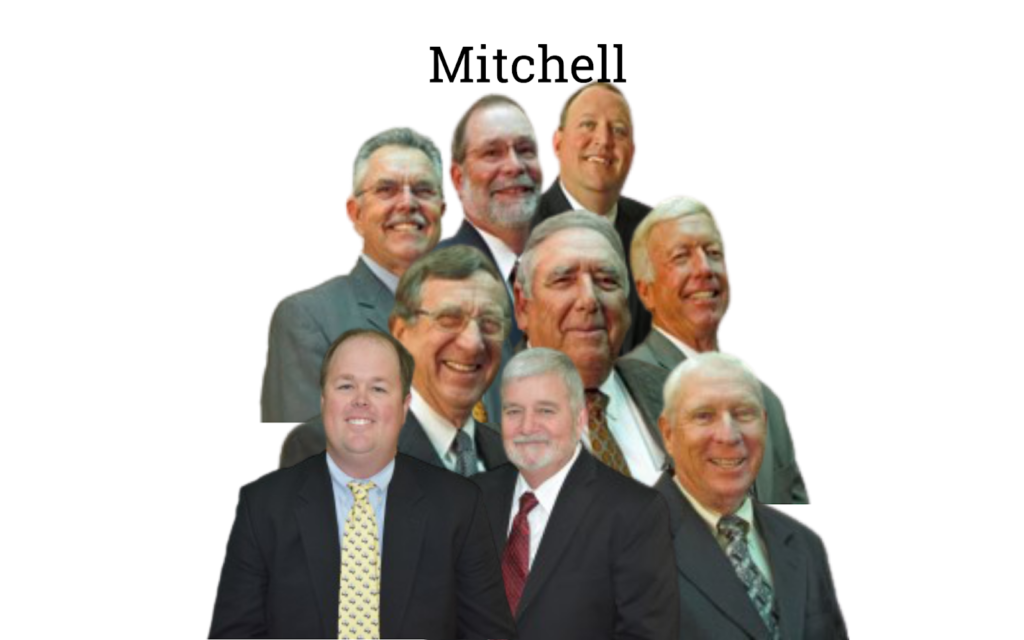 We accessed public information about 81.5% of Kentucky’s boards. The addition of 4 women (25 total) brought their share of representation up to 9.2%, well short of the statewide percentage of women–50.7%. There are now 3 Black board members, up from 1 (1.3% of the total). Kentucky, the least racially diverse state in the South, is still 8.5% Black and 3.9% Hispanic. Clark Energy’s board remains all-white and all-male, as they were at the time of our previous study.

In Louisiana, only 6 out of 10 of the cooperatives we surveyed were transparent about their boards. The number of women on the state’s boards increased from 6 to 8 (8.7%) and the number of Black members doubled–from 1 to 2 (3%). Meanwhile, Louisiana’s population is 51.2% female, 32.8% Black, and 5.3% Hispanic. Washington-St. Tammany went from being an all-white board to having one Black member, Olander Smith.

Only 30.6% of cooperatives in Mississippi had the identity of their boards publicly available on their websites, making it the least transparent state in the South. Overall, Mississippi’s co-ops are less transparent than the time of our previous study. The addition of 9 women across the state boosted the percentage of women on boards from 7.3% to 11.1%, while women make up 51.5% of Mississippi’s population. There are 8 Black board members, up from 2, making for a 7.9% representation rate for a state that is 37.8% Black. To proportionally reflect the state’s population, 98 of board members would be Black. Southern Pine Cooperative continues to have one Black member on its board, as it did at the time of our last report.

As a state, North Carolina is 51.4% female, 22.2% Black, and 9.8% Hispanic. North Carolina’s boards, of course, fall short of representing those demographics, but they have the second highest percentage of women (17.3%) and the highest amount of Black representation (15.5%) in the South. This is despite North Carolina ranking seventh among southern states in its proportion of Black residents. Additionally, North Carolina has one of only three majority-Black boards in the entire set we surveyed, Roanoke Electric Cooperative. However, no board members were Hispanic. 22 of 26 North Carolina’s cooperatives are transparent about their boards.

South Carolina is on the more transparent side–19 of 22 (82.6%) have their boards pictured online. South Carolina has two majority Black boards–Berkeley Electric and Tri-County Electric. 12% of board members in South Carolina are women, up 2 from 10.7% at the time of our last report but very far from the state population’s 51.6%. There were 6 additional Black members elected to South Carolina boards, bringing Black representation up to 16%, the highest in the South. The state of South Carolina’s population is 27% Black. York Electric continues to have an all-white board with one woman, as in 2016.

50 of 74 (67.6%) of Texas cooperatives post their boards’ photographs online. Of board members surveyed, 89.3% were men–down ever so slightly from the 90.4% rate of our last study. 10.7% women is, of course, not close to 50.3%, the percentage of women in Texas’s population. Texas’ boards have just 2.2% Black membership and 2.7% Hispanic membership–which has the dismal distinction of being the highest rate of Hispanic representation in the South. The state as a whole, by contrast, has a population that is 12.9% Black and 39.7% Hispanic. Magic Valley is the only majority Hispanic board we identified, although it hardly reflects the ethnic diversity within the Hispanic community.

18.6% of board members are women, the highest level of gender parity in the South and still nowhere close to the 50.8% of Virginians who are women. Virginia’s 14 Black board members make up 10.7% of the boards, slightly higher than the 9.8% we reported in 2016. Virginia is the second most transparent state in the south, with 93.8% of co-operatives making their elected boards known to their memberships. Mecklenburg’s board has the same demographics as the last time we surveyed it–7 white men and 2 Black women.

A team of dedicated researchers helped make this report possible: Ryann Cohen, Daniel Spivak, Naomy Thibault, Meagan Lee, Kiana Landry, Martin Meng, Trey Gray, Emily Thompson, Julia Stern, Khayin Maheia, and Orion Howard. David Thompson is research coordinator for the family of organizations that assembled this report, ACORN International, Labor Neighbor Research & Training Center, and Local 100 United Labor Unions. The full report and the data set is available at www.ruralpowerproject.org and the websites of the partner organizations. Questions on the report or more information can be obtained by email from David Thompson research@chieforganizer.org or from Wade Rathke chieforganizer@acorninternational.org who wrote the 2016 report, initiated the 2021 update report, and assisted on this report. If you are a member of a rural electric cooperative and want to take action for change in governance and climate policy, contact chieforganizer@acorninternational.org 1 https://ruralpowerproject.org/wp-content/uploads/2016/02/Rural-Power___Final.pdf

Join us in September 9th-14th in Asuncion, Paraguay